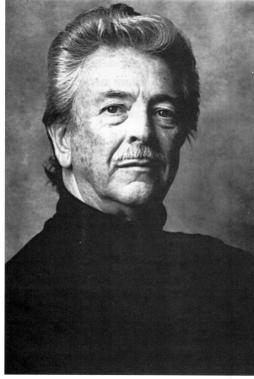 Wayne Peterson (b. 3 September 1927, Albert Lee, MN) was awarded the Pulitzer Prize in Music in 1992 crowning a distinguished career which began in 1958 with the Free Variations premiered and recorded by the Minnesota Orchestra under Antal Dorati. Peterson’s orchestral compositions include Three Pieces for Orchestra, And The Winds Shall Blow a fantasy for saxophone quartet, symphonic winds, brass and percussion, Transformations for chamber orchestra, and The Face of the Night, The Heart of the Dark, commissioned by the San Francisco Symphony (awarded the Pulitzer). Recent works include String Trio, Pas de Deux (flute and percussion), Two Poems of Delmore Schwartz (chorus), Scherzo (mixed quartet) and Full Circle for brass quintet and percussion.

Peterson’s catalog of more than 75 compositions includes works for orchestra, chorus, and chamber ensemble.  In addition to the Pulitzer, Peterson has been honored with fellowships and commissions from the Guggenheim, Koussevitzky, Fromm, Meet The Composer, Gerbode, Djerassi Foundations, as well as an award of distinction from the American Academy and Institute of Arts and Letters. In 1990 he was a visiting artist at the American Academy in Rome.

Peterson has been active as a guest composer at the Indiana University, University of Minnesota, Brandeis University, U.C. Santa Barbara, the Composer's Conference in Wellesley and at the Festival of New Music, Sacramento State University.  He has served on the Nomination Committee for the Pulitzer Prize in Music, and was a jury member for the First Seoul International Competition for Composers.  In addition, Peterson in joint sponsorship with San Francisco State University, established and administered the Wayne Peterson Prize in Music Composition (1998-2002).

Peterson was professor of music at San Francisco State University for more than three decades and from 1992-94 was a guest professor of composition at Stanford University. He received his Ph.D. from the University of Minnesota and was a Fulbright Scholar at the Royal Academy of Music in London from 1953-54