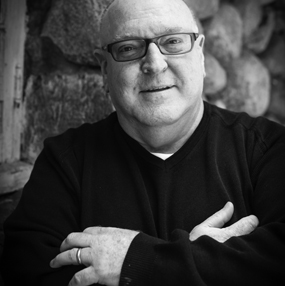 Timothy Lee Miller (b. 1961) is an American composer, arranger, orchestrator and publisher writing contemporary concert music for chamber ensembles, orchestra, wind ensemble, and voice, as well as jazz music for big bands and small combos. He has also written for small film and television projects, as well as video games. He has earned degrees from the University of Tennessee (BS Music Ed, 1984), the University of Miami (MM Media Writing and Production, 1990) and Vermont College of Fine Arts (MFA Composition, 2013). His principle composition teachers have been John Anthony Lennon, James Progris, Tamar Diesendruck, Jonathan Bailey Holland, Andy Jaffe, John Fitz Rogers and Roger Zahab. He has received numerous commissions and awards, including several ASCAP awards. His works have been performed throughout the US and Europe. His music is recorded on ERMMedia, PARMA Records and Phoenix Classics.

In November 2015, Miller was part of the PARMA Recordings venture to Havana, Cuba to record several jazz works with musicians in Havana under the People to People humanitarian program. Two of his big band jazz pieces, Hot Miami Nights and On An Autumn Day, were recorded and released on the two-disc set ABRAZO: The Havana Sessions along side music by the other seven composers. The CD to date has received worldwide critical acclaim and was in consideration for a Grammy nomination in 2016. The trip presented the opportunity for several composers to be among the first American composers to travel to Cuba since the US government eased travel restrictions to the country.