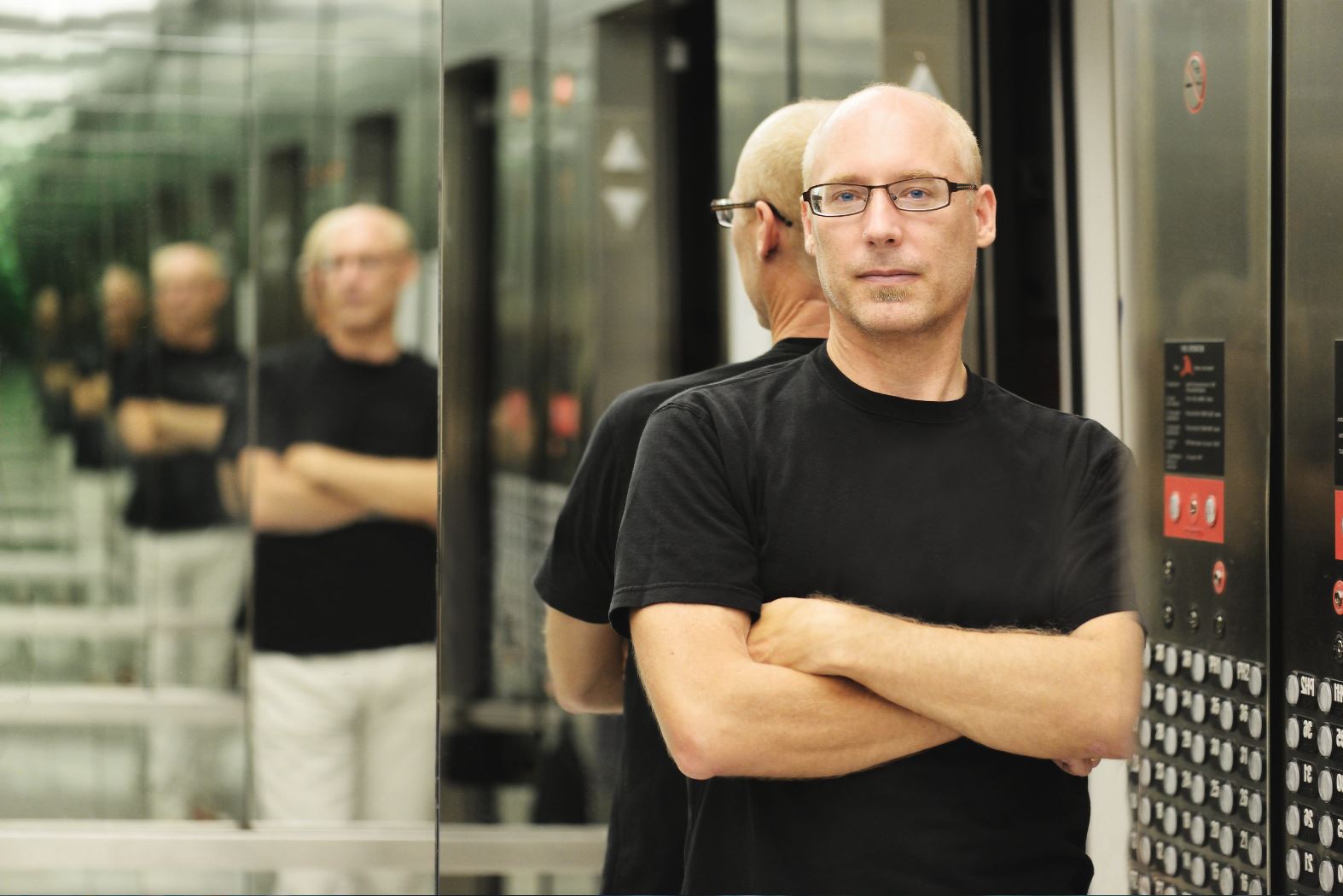 Lansing McLoskey (b.1964) came to the world of composition via a somewhat unorthodox route. The proverbial "Three B's" for him were not Bach, Beethoven and Brahms, but rather The Beatles, Bauhaus and Black Flag. His first experiences at writing music were not exercises in counterpoint, but as the guitarist and songwriter for punk rock bands in San Francisco in the early 1980's. It was actually through these years in the visceral world of punk that he first developed a love for classical music (but that's another story).

Described as "a major talent and a deep thinker with a great ear" by the American Composers Orchestra, "an engaging, gifted composer writing smart, compelling and fascinating music…with a bluesy edge and infectious punch" by Gramophone Magazine, and "a unique musical voice which is clear and distinctive" by the American Academy of Arts and Letters, Lansing McLoskey has had his music performed to critical acclaim across the U.S. and in fifteen other countries on six continents. His music has an emotional intensity that appeals to academic and amateur alike, defying traditional stylistic pigeonholes.

Among his many commissions are those from Meet The Composer, the National Endowment for the Arts, Pew Charitable Trusts, The Fromm Foundation, the Barlow Endowment, ASCAP, MATA, violist Leticia Oaks Strong of the Los Angeles Philharmonic, King's Chapel (Boston), and many others. He has written for such renowned ensembles as The New Millennium Ensemble, The Hilliard Ensemble, Triton Brass, Atlantic Brass, Speculum Musicæ, and The Crossing Choir. McLoskey's music has been performed at more than three dozen music festivals, including the Piccolo Spoleto Festival, where he was a Composer-in-Residence. Recent performances include premieres in Italy, Boston, New York, Philadelphia, Chicago, Cincinnati, Las Vegas, Kansas City, Pittsburgh, Miami, and performances at Aspen and Tanglewood (where he was a Guest Composer), the 2013 Lieksa Brass Festival (Finland),  the I Festival Nacional de Metales (Bogotá, Colombia), the XXXV Foro Internacional Música Nueva (Mexico City), the 18th Ciclo de Música Contemporánea (Málaga, Spain), ENSEMS International Festival of Contemporary Music (Valencia, Spain), the Birmingham Chamber Music Festival in the UK, and the XVIII International Jazz Festival in Lima, Peru. Recent commissions include a concerto for Triton Brass and a consortium of wind ensembles; the International Joint Wind Quintet Project; Cincinnati Vocal Arts Ensemble; Chatham Baroque (Pittsburgh); the newEar Ensemble for their 20th season; the soundSCAPE Festival in Italy (where he was the 2011 Composer-in-Residence); and ensemberlino vocale in Berlin, for which he'll be the 2014 composer-in-residence.

McLoskey completed a Ph.D. at Harvard University, and holds degrees with honors from UC Santa Barbara and the USC Thornton School of Music, with additional studies at The Royal Danish Academy of Music, the Wellesley Composers Conference, and the Advanced Masterclass at the Aspen Music School.  His principal teachers were Mario Davidovsky, Stephen Hartke, Bernard Rands, and Donald Crockett.  His book Twentieth Century Danish Musicremains the only comprehensive research guide on the topic, and he was awarded the Haug Prize for Scandinavian Studies in recognition of his contributions to the field.

Currently McLoskey is an Associate Professor at the University of Miami Frost School of Music. His music is released on Albany, Wergo Schallplatten, Capstone, Tantara, and Beauport Classics, and published by Theodore Presser Company, American Composers Alliance Press, Reed Music, Mostly Marimba, Subito Music, and Odhecaton Z Music.  A monograph CD of his music - Sixth Species - and his orchestral work Prex Penitentialis were released to critical acclaim on Albany Records. 2013 saw the release of no fewer than three CDs, including Specific Gravity: Chamber Music of Lansing McLoskeyand The Unheard Music, featuring his multi-award-winning concerto What We Do Is Secret for brass quintet and wind ensemble.
www.lansingmcloskey.com