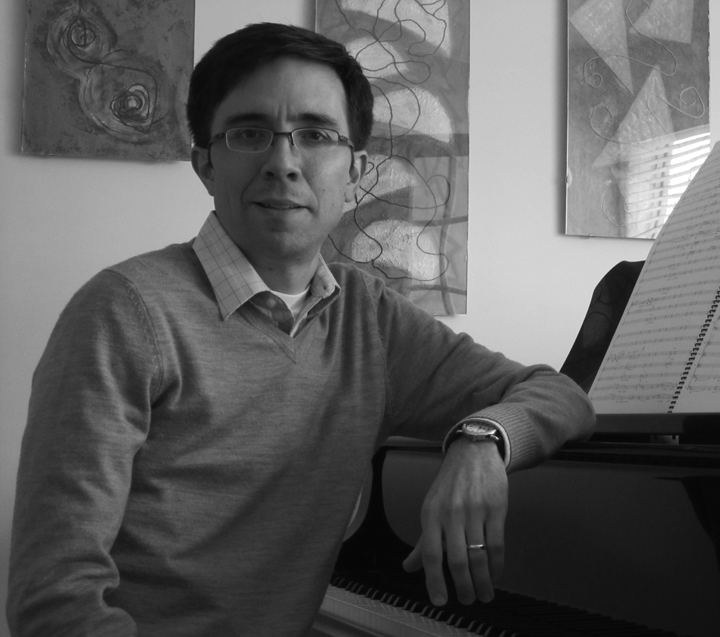 Jorge Villavicencio Grossmann was born in Peru, grew up in Brazil, and moved to the United States in 1998. Grossmann has written solo, chamber, orchestral, vocal, choral and electroacoustic works, which have been performed by ensembles such as the National Symphony Orchestra of Ukraine, Peruvian National Symphony, Orquesta Filarmónica de Bogotá, National Symphony Orchestra of Argentina, and New England Philharmonic in addition to the most sought-after chamber ensembles in the U.S. and abroad. His awards include a John Simon Guggenheim Memorial Foundation fellowship, a Fulbright grant, the Aaron Copland Award, Fromm Music Foundation commission, Charles Ives Scholarship from the American Academy of Arts and Letters in addition to fellowships from the Bogliasco Foundation, MacDowell Colony, and Atlantic Center for the Arts. His orchestral work Pasiphaë was a recipient of the Jacob Druckman Award from the Aspen Music Festival and a winner of the New England Philharmonic Call for Scores. Grossmann has also received grants from the American Music Center, St. Botolph Club Foundation, Meet the Composer and New York Council for the Arts. He holds degrees in violin from Faculdade Santa Marcelina of Sao Paulo, Brazil (B.M.) Florida International University (M.M.) and Boston University (D.M.A.) He has studied composition with Orlando García, Frederick Kaufman, John Harbison and Lukas Foss. From 2004 to 2010 he was professor of theory/composition at the University of Nevada, Las Vegas and became founder and co-director of N.E.O.N., Nevada Encounters of New Music. He is currently associate professor of composition at Ithaca College, where he also directs the Ithaca College Contemporary Ensemble. He is founder/director of AltaVoz, a Latin American composers collective and head of the composition program at the Valencia International Performance Academy and Festival (VIPA). His current projects include a new string quartet for the MIVOS Quartet and an orchestral work for Marin Alsop and the Sao Paulo Symphony, both to be premiered in 2016.